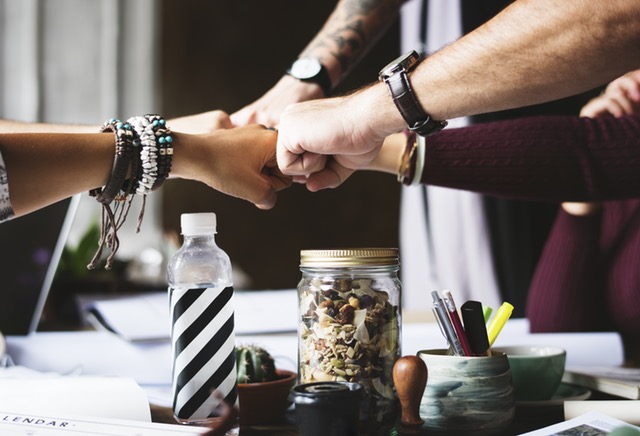 One of the most important things about your team is that they work well together. That way you are making sure that productivity, efficiency, and overall success are at their peak. Furthermore, it makes every team member satisfied, and working together is more fun. However, when introducing team building activities, you need to be creative.

It isn’t uncommon for bosses to rely on traditional ones that are more likely to bore your team than entertaining them. Furthermore, not everyone feels comfortable with every activity, so you need to take your time finding the one that makes everyone want to participate.

Every team member should have four identical pieces of paper. They need to write down one lie and three truths about themselves. The lie needs to sound somewhat authentic so that it isn’t easily seen through. Everyone from the group then randomly reads their truths and lie out loud. After that part of the game is done, the team is supposed to determine which sentences are true and which are false.

The purpose of this game is getting to know one another. While extroverts don’t have an issue with letting others know about themselves, it is different for introverts. Throughout this game, they will equally reveal things about themselves and learn about what others think about them. This is a great way for your team to bond by learning things about their teammates.

What you need for this game is paper, pens, and printouts of basic shapes or simple drawings. Form pairs within your team, and instruct every pair to sit back to back. One team member is given a piece of paper and a pen, while the other one is given a picture of a basic shape or drawing. The latter is supposed to verbally instruct their pair on how to draw what is on their picture. They can say anything except tell them what exactly the image is supposed to represent. They are given a certain amount of time, and once it is over, they compare the images and see which team managed to draw the best replica.

This game is great for building communication skills within your team.

Use What You Have

First, split your team into groups. Come up with a project that has a particular goal and defined restrictions. It could be creating a device that moves a ball from one point to another. It is really up to your creativity what the challenge will be. After you have determined this, give every team equal supplies to work with, or have them take what they need from a big pile of supplies in the middle of the room. They are supposed to only use the supplies that are available and finish the device in a set amount of time. The final result is really fun to show off and compare between teams.

This game works great for improving on how your employees solve problems as a team. It involves a lot of creativity, as well as fun, including the challenge to solve the issue with only a set amount of options.

What you need for this game is one large and one small box, one bungee cord loop, one rope, eight bungee cords, and eight plastic balls. The rope is used to make an 8-foot circle on the floor. This space is supposed to be a toxic waste radiation area. The balls are placed in the small box, right in the center of that area. They represent toxic waste. The large box is located about 30 feet away. The goal of the game is for every team to make use of the bungee cords in order to move the balls from the small box to the large box in a given amount of time. If a player steps into the radiation zone, he gets “hurt”, which results in a certain disadvantage, such as being blindfolded or having to hold one hand behind their back. Or, they might “die”, which means that they are out of the game. If you drop a ball, you get similar results, and if the whole box is spilled, then the whole team is “dead”.

The purpose of this game is to improve creative problem solving and it works as a great collaboration exercise. An advice from moving boxes Sydney experts is to try it out as a fun little activity.

In order to improve how your team members work together, and get them to know each other better, you should introduce creative team building activities. These four activities are certain to drive your team members to better function as a cohesive whole.

Leila Dorari is a marketing consultant and a freelance writer from Sydney. She has been working with different companies for 5 years now. When taking a break from making new marketing slogans, she is either window shopping or exploring new ways to make her life more meaningful.

We love to create awesome websites for small businesses! It is our passion and goal to help as much as possible people with a beautiful online presentation that represents who they are and what they stand for.